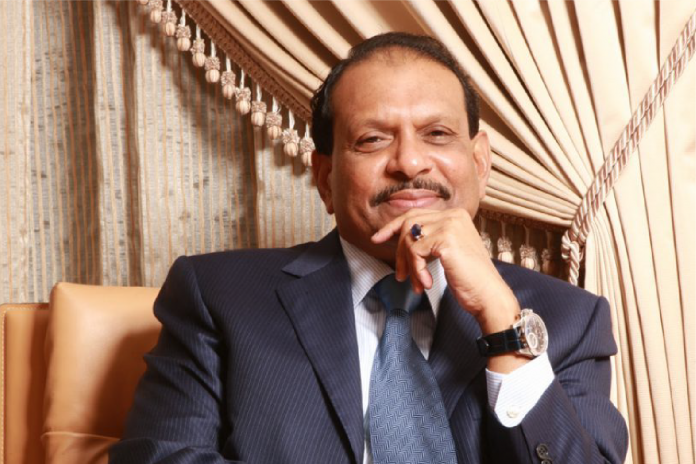 Yusuff Ali was just eighteen when he came to Abu Dhabi in 1973, leaving the comfort of home. He landed on the gory face of UAE – a hot, barren land, which didn’t offer anything worth consoling. UAE didn’t have the glitz and glamour that you see there today.

The electricity was as scarce as the basic amenities. Everything seemed to be difficult. But Ali had a dream. He nurtured it and worked round the clock to realize it.

He has seen the worst in his journey to becoming a business tycoon. That’s why nobody could turn down his entrepreneurial spirit and vision. He always went an extra mile in his work and delivered the best for people.

For instance, a few years ago, international shopping experience was still a distant dream for Keralites. Then Yusuff Ali came on board to construct a mega shopping mall in the city. He got a lukewarm response at the beginning and even had to face a lot of hurdles.

Today, the magnificent Lulu Mall stands tall like a warrior at the heart of Kochi. People from across the country come to unleash their shopping spree here. The mall has changed the entire landscape of Kochi city.

From an eighteen year old teenager to the head of a Lulu Group International, Yussuf Ali’s story depicts the power of passion and dreams. 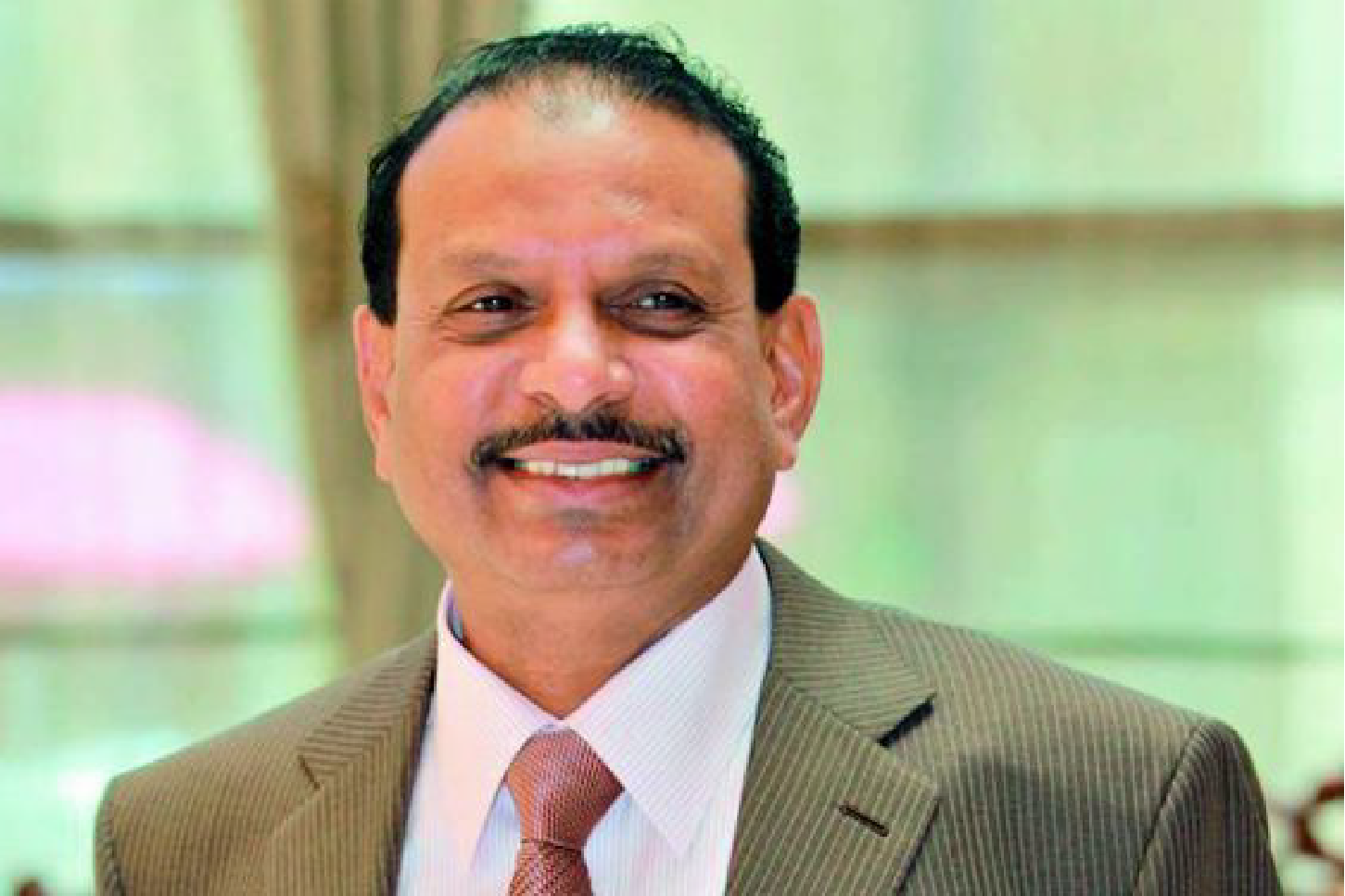 Yusuff Ali was born on November 15, 1955 in Thrissur, Kerala to a middle class family. After his schooling from Natika, his hometown, Ali went to Gujarat to pursue diploma in business management. It was from there he realized his passion for business.

During his teenage days, flocks of Keralites were going to GCC countries as they found a sea of opportunities there. Yussuf Ali too followed the trend – he left for Abu Dhabi in 1973 to join his uncle’s business. It was a crucial step that paved the way for his entrepreneurial journey.

In Abu Dhabi, Ali assisted MK Abdulla, his uncle in his import business. The experience in retail and import business persuaded him to think beyond the horizon. It was a time when retail stores were springing up across UAE.  Yusuff Ali launched his Lulu Hypermarket in early 1990s when the retail sector of the country witnessed a major change.

The entire definition of retail shopping changed in UAE when the French multinational retailer Carrefour came to  Dubai in 1995. As an entrepreneur, Yusuff Ali took advantage of the winds of change in retail industry.

He unlocked an opportunity here. Ali started Lulu hypermarkets in Abu Dhabi and took hold of the retail business in the city. After having successfully launched Lulu supermarkets across UAE, Ali upped the game by setting up the first Lulu Hypermarket in Dubai in 2000. 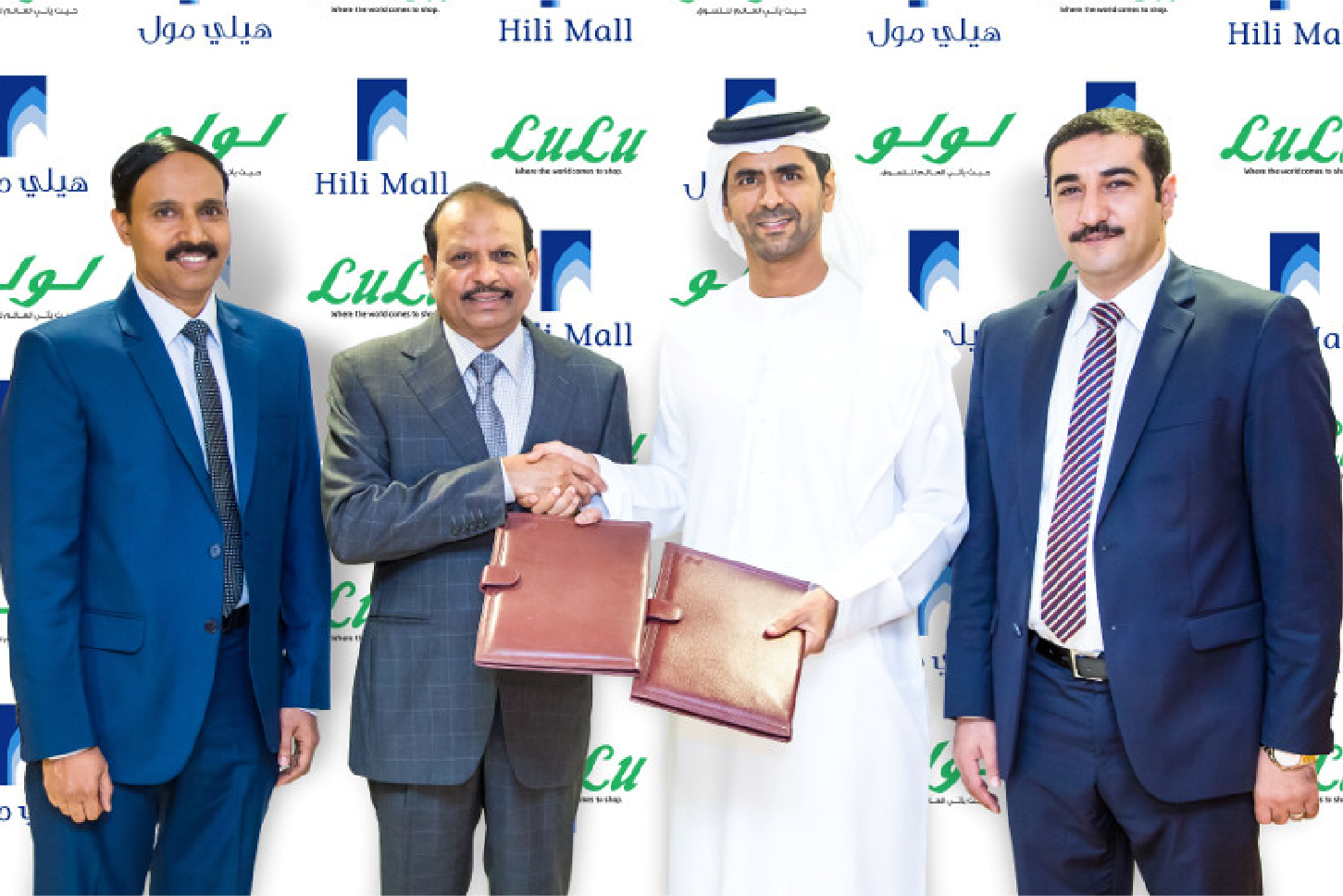 The massive success of Lulu Hypermarket elevated Ali’s confidence. He took the business world by storm by kicking off Lulu’s expansion spree across different GCC countries.

Soon he was able to make a concrete presence in retail segment with a chain of outlets across UAE, Kuwait, Qatar, Kingdom of Saudi Arabia, Bahrain, Oman, and Yemen. In the process he created humongous job opportunities for Indians.

Today, his brainchild,  Lulu Group International, has distinction of employing the largest number of Indians outside India. It has nearly 40,000 employees from 37 countries.

Yusuff Ali also helmed Lulu Group’s growth beyond GCC boundaries. He took the business to India when the first Lulu Mall was launched in Kochi in 2013, making it the largest mall in India.

Ali continued expanding the business to other domains. He dipped his feet in hospitality business. Lulu now owns Twenty14 Holdings, which has hotel business across the globe.

Yusuff Ali launched Lulu’s operations in the UK by setting up Y International, a logistic and packaging facility in Birmingham. He also bought the prestigious Scotland Yard building, which further increased the company’s reputation across the globe.

As of today, Lulu Group International enjoys a worldwide presence across different sectors. Ali also holds stake in East India Company, a UK-based trading firm which was once the string-holder of preindependent India.

Now Yusuff Ali owns 138 Lulu hypermarkets across the globe and a has a net worth of nearly $7 billion. 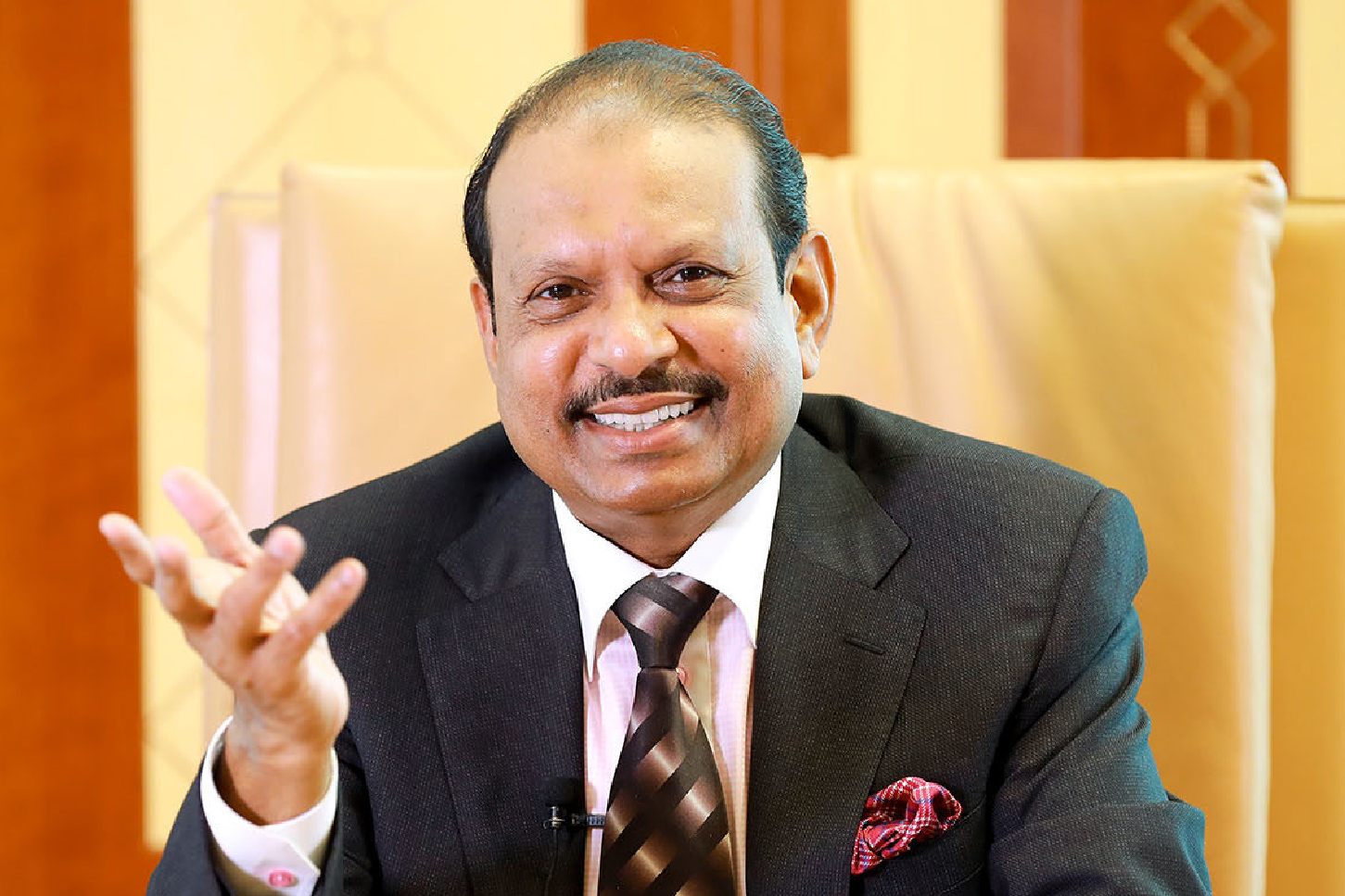 Yusuff Ali is  a widely revered businessman across the world. He received many prestigious awards for his excellence in entrepreneurship. Ali was honoured with Padma Shri, the fourth highest civilian award in India, in 2008.

He secured 27th spot in the list of richest Indians by Forbes magazine. He also been awarded various titles for immense contributions to the business world.

Forbes MENA  honoured him with the title Most Influential Asian Business Leader in the MENA region award in 2012. He won Arab Business Leader of the Year in the same year.

As an entrepreneur, Yusuff Ali is well-aware of the positive changes he could bring to the society. He is actively  involved in a various philanthropic activities in India and other countries.

Lulu Group partnered with Duba Care to set up schools in war-torn areas like Gaza. Ali has also adopted schools in Nepal in an effort to provide free education to children. He was instrumental in constructing a multi-faith funeral centre for the Indian community in Sharjah.

Yusuff Ali took initiative to sell and promote organic products made by special needs community in UAE through Lulu Hypermarkets. He has also contributed generously to rehabilitate the victims of  Gujarat earthquake, which killed hundreds.

Yusuff Ali’s epic entrepreneurial journey from a teenager to the head of a business tycoon is quite inspiring. He came to Abu Dhabi with the burden of a dream and he worked relentlessly to turn it into fruition.

In the middle of his journey, he faced many hurdles that came in many forms. But he never went astray from his vision. He took the strategic decisions at the right time and hired the right people to lead his company. Now his success is fueling the dreams of many Indians across the globe.

His story unveils a fact to reflect upon – What matters in entrepreneurship is not just the lessons you learn from your MBA book, but those you get from practical experience.  That’s how an entrepreneur evolves. 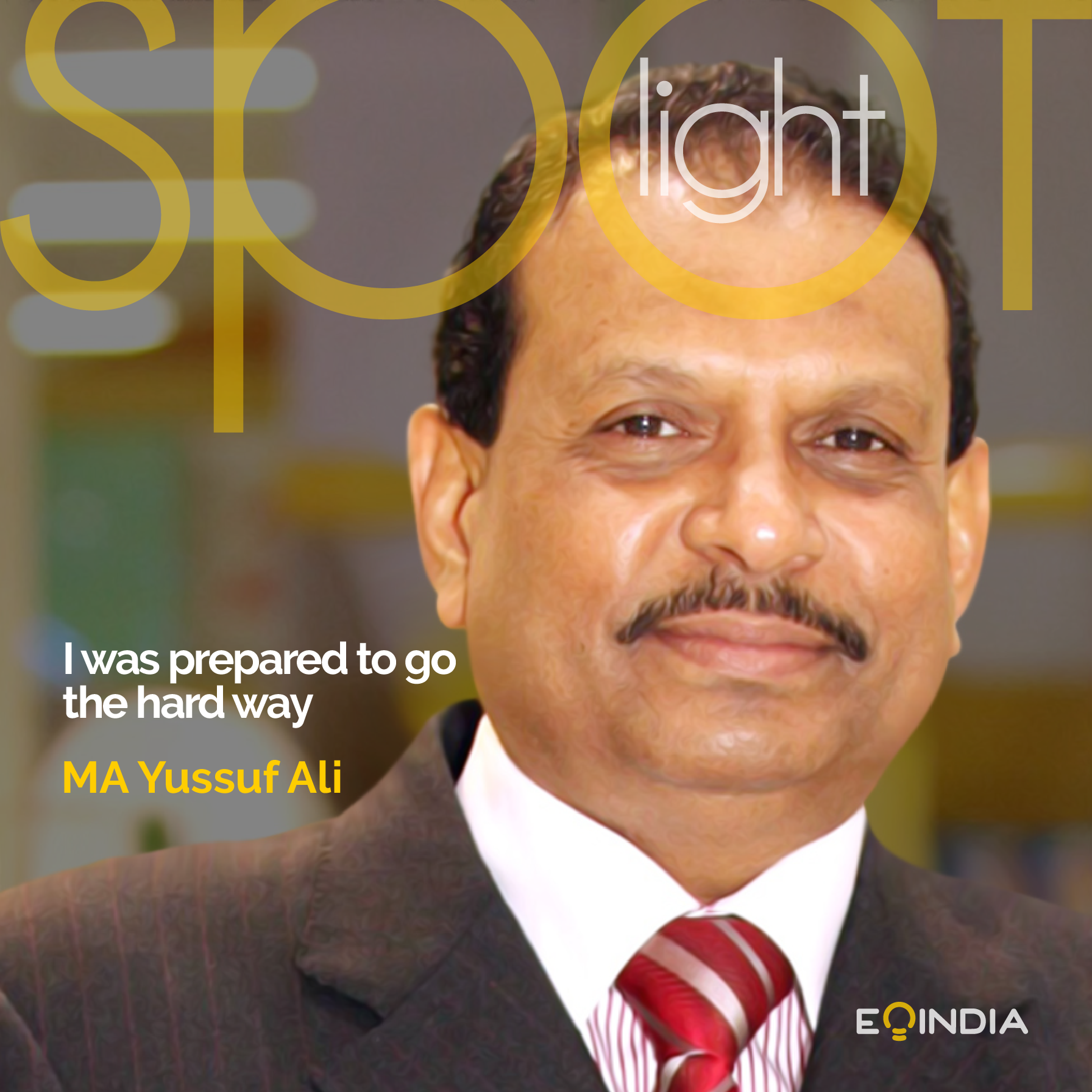 Who’s your favourite entrepreneur from India? Let us know in the comments below

The Extraordinary Journey of a Travel Photographer