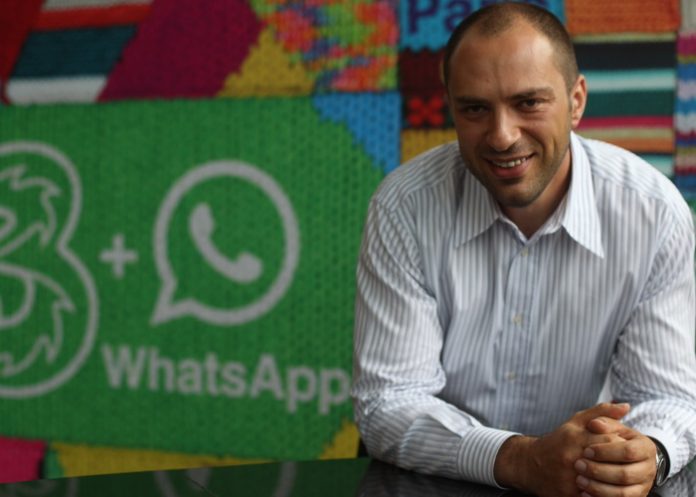 Jan Koum’s decision to resign comes after clashing with the parent company over WhatsApp’s strategy and Facebook’s attempts to use its personal data and weaken its encryption. Facebook bought WhatsApp in 2014 for a whopping $19 billion.

“It’s been almost a decade since Brian and I started WhatsApp, and it’s been an amazing journey with some of the best people,” Koum, WhatsApp’s chief executive, said in a post on his Facebook page referring to co-founder Brian Acton.  Acton resigned from WhatsApp last year to set up his foundation.

“But it’s time to move on,” he said in the post. However, Koum hasn’t revealed the exact date of his departure.

Facebook CEO Zuckerberg responded to his post saying he was grateful for what he learnt from Koum about encryption.

WhatsApp became the most popular messaging app across the globe since its encrypted messages are stored on users’ smartphones and not on company servers, making the service more private.

Facebook had plans to use WhatsApp user data, including phone numbers, to develop products and target ads, though it was dropped later.

WhatsApp management has strongly opposed the idea advertising on its platform. However, Facebook Inc said  it will devise new strategies to take WhatsApp forward.

Concerns about Facebook’s handling of personal information have grown since it admitted that the data of millions of users was wrongly harvested by political consultancy Cambridge Analytica to influence elections.

“The good thing about our industry is that creativity never ceases...