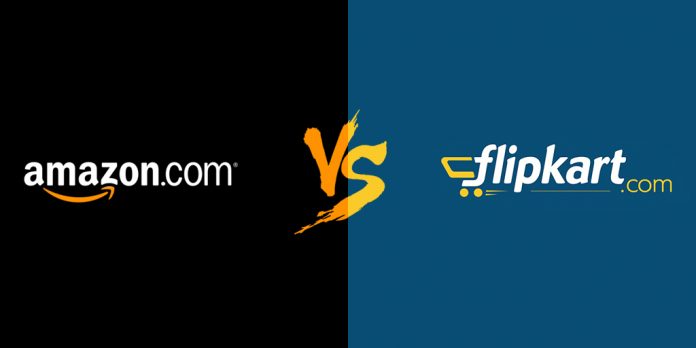 Amazon claimed it got twice the number of orders than Flipkart in the recently concluded Republic Day sale. But Flipkart overtook Amazon with over 60% market share.

The two ecommerce giants have been locking horns in each festive season to attract more customers.

Amazon’s Republic Day Sale held from January 20 to 24 with an early access to prime customers. Flipkart, on the other hand, launched its republic day sale on January 21 and ran till January 23.

“We acquired the highest number of new customers ever in one single event, outside of Diwali sales, with 85% of the new customers coming in from tier II-III towns,” said Manish Tiwary, Amazon India’s vice-president of category management. Amazon had launched a number of smartphones during the sale.

Flipkart said its sale in fashion apparels and electronics doubled when compared to last year.

“On the back of a stellar sale, Flipkart continues to maintain the lead as the largest ecommerce player in the country,” said Smrithi Ravichandran, senior director at Flipkart.

Flipkart had also launched new devices during Republic Day sale in the smartphone category. The Honor 9 lite handset, which was exclusively sold through Flipkart’s flash sale received tremendous response from the customers.

Ikea to Start Online Retail Operations in India in 2019