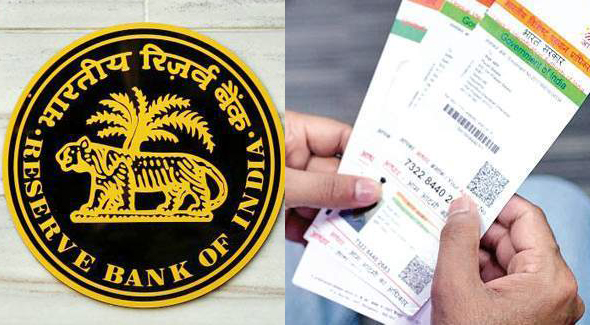 The Reserve Bank of India has lifted the ban on banks from using aadhaar for e-KYC. The banks can now use Aadhaar for KYC verification if the customer gives consent. The central bank also updated Aadhaar to its list of documents eligible for identification of individuals on Wednesday.

“Banks have been allowed to carry out Aadhaar authentication/ offline-verification of an individual who voluntarily uses his Aadhaar number for identification purpose,” RBI said in its amended Master Direction on Know Your Customer (KYC) norms .

These rules are followed by banks and other entities regulated by it for various customer services, including opening of bank accounts, onboarding new customers and more.

After last year’s Supreme Court order that prohibited the use of Aadhaar for KYC due to privacy concerns, the Union Cabinet had approved promulgation of an ordinance to allow voluntary use of the Aadhaar number as identity proof for opening bank account and procuring mobile phone connection in February.

This is RBI’s second relaxation in this matter in 2019. While the debate on using Aadhaar for know-your-customer (KYC) processes is ongoing, online payment companies received a temporary relief as the Reserve Bank of India extended the deadline for full KYC compliance by six months.