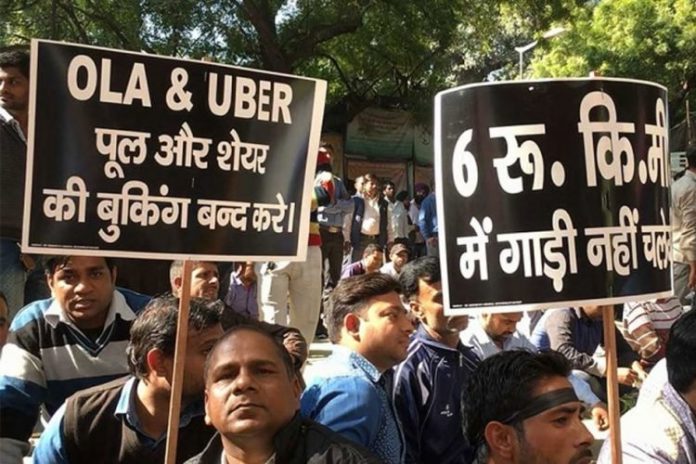 Drivers of the cab hailing companies, Ola and Uber started indefinite strike in Mumbai to protest their low earnings.

The strike has been called by the Maharashtra Navnirman Vahtuk Sena, the transport wing of the Raj Thackeray-led Maharashtra Navnirman Sena (MNS), which claims that several drivers of these cabs are not able to cover costs due to the falling business. Ola and Uber are presently facing a turbulent phase in their business in the city.

“We expect the cab companies to come to the table today and discuss with the government how they can come at par with the black and yellow taxis, and other public modes of transport,” Sanjay Naik, President of Maharashtra Navnirman Vahtuk Sena, told.

Other taxi unions in Mumbai like Mumbai Taximen’s Union are also supporting the strike. The dip in cab hailing business has massively impacted drivers’ revenue. According to reports, both the cab aggregators haven’t given assurance to the drivers yet.

“If there is no meeting or resolution, then we shall decide on our next course of action,”  said Naik. Ola and Uber refused to comment on the issue.