In Mumbai, the city of dreams, stands the magnificent Antilia. It holds the distinction of being the world’s most expensive house with a net value of $2 billion.

Before stopping by to appreciate its elegant architecture and mesmerising design, the first thing one might notice is its height.

The house, an epitome of luxury, stands tall in the middle of the city like a valorous emperor.

It reflects the dignity and sheer enthusiasm of its owner, none other than Mukesh Ambani, CEO and Managing Director of Reliance Industries Limited, and elder son of legendary entrepreneur Dhirubhai Ambani,

He needs no introduction in India. He is adorned with a powerful title – the richest Indian on this planet!

What it takes to be great entrepreneur? Mukesh might have asked this question himself when he stepped into the extensive business domain of his father years ago.

However, he had seen how Dhirubhai Ambani, his father, who used to sell snacks once, made his dream a reality. So he didn’t search for inspiration. Dhirubhai Ambani had himself set an example for his children.

“My father shared with me his passion for business and entrepreneurship from very early on. Even when I was in high school, I used to spend long hours at the office on weekends.” Mukesh Ambani once said in an interview.

Mukesh Ambani was born on 19th April, 1957 in Aden, Yemen. It’s a fact that Mukesh was born to a well-off family. But at 24, he was asked to lead a great business.

When Dhirubhai Ambani invited Mukesh to take helm of the business, Reliance Industries was already a successful name in India.

It was indeed difficult to take a large ancestral business forward. Maybe more difficult than starting a new one. So he began humble, like his father.

Mukesh Ambani joined Reliance in 1981 when he was a postgraduate student at Stanford University. Mr Dhirubhai Ambani initially had doubt about the calibre of his son, who returned to India to take over the business.

But Mukesh elevated the business to the zenith of growth and the company became one of the most trusted firms globally.

Once Mukesh Ambani came on board, he spearheaded the company’s backward integration from textiles into polyester fibres and petrochemicals.

With multifold growth in revenue and net value, Reliance Industries emerged as the most successful business conglomerate in India under Mukesh’s leadership.

He singlehandedly managed the large business commenced by his father and scaled great heights. Mukesh brushed aside even the slightest worries of his father about his ability to take the company forward.

Mukesh Ambani led many flagship projects of Reliance Industries. He set up Jamnagar Refinery, the world’s largest refinery, in Gujarat in 1999. It has a refining capacity of 12,40,000 barrels per day.

That was just the beginning of his phenomenal growth as a globally acclaimed entrepreneur.

He kept his father’s reputation intact, believed in his dreams and invested his blood and sweat to grow his father’s brainchild, Reliance.

What mattered most to Mukesh was the country’s growth. He wanted to see the reflection of his positive work in India and his company was a tool to bring revolutionary changes to Indian society.

Mukesh Ambani played a vital role in establishing Reliance Communications in 2002 to make available latest communication technologies across India. It is currently one of the largest telecom operators in India with over 12 million subscribers.

Mukesh always had fascination towards sports. He bought the IPL cricket team Mumbai Indians, which made him one of the richest sports owner in 2012. 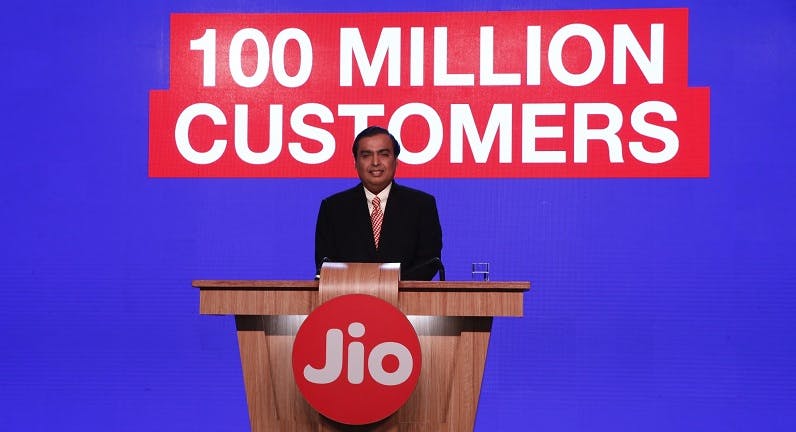 He made a grant entry to India’s telecom industry with Jio, a service that provided 4G data at cheapest rates, in 2016.

“Broadband and digital services will no longer be a luxury item – a scarce commodity – to be rationed amongst the privileged few,” he said when he got licence to roll out 4G across India in 2010.

Through Jio, Mukesh Ambani brought internet to every nook and corner of India. This move from Ambani was widely appreciated as it gave high speed internet access even to the remotest areas in the country.

“Affordable data” was his motto. Moreover, the entry of Jio forced its counterparts to drastically reduce data charges.

He also launched new smartphones under the brand LYF and it became the third best-selling smartphone brand in India.

As an entrepreneur, Mukesh always looked at his country’s progress and strived to bring change at grassroot levels.

He introduced Jio Phone that costs just ₹1500 to popularize app-based services and internet among the laymen in India.

The phone, packed with all the necessary smartphone features,  became an instant sensation. Through this initiative, Mukesh aims to give smartphone experience to everyone.

As a responsible entrepreneur, Mukesh Ambani has always gone the extra mile. He believes in contributing values to the society.

He co-founded Reliance Foundation with his wife Nita in 2010 to promote rural transformation, health, education and rehabilitation.

It helms the philanthropic efforts of Reliance Industries Limited. As of 2018, Mukesh Ambani has a net worth of $4 billion.

Mukesh Ambani has a younger brother, Anil Ambani and two sisters, Dipti Salgaoncar and Nina Kothari. He is married to Nita Ambani, who also helps him in business. He has three children- Akash, Anant and Isha.

Like his father, Mukesh too has invited his children to take over certain of arms of Reliance Industries. Presently, Akash, his elder son  is the chief of strategy at Jio and his other children are board members of Jio and Reliance Retail.

Here are top 3 quotes by Mukesh Ambani. Get inspired now! 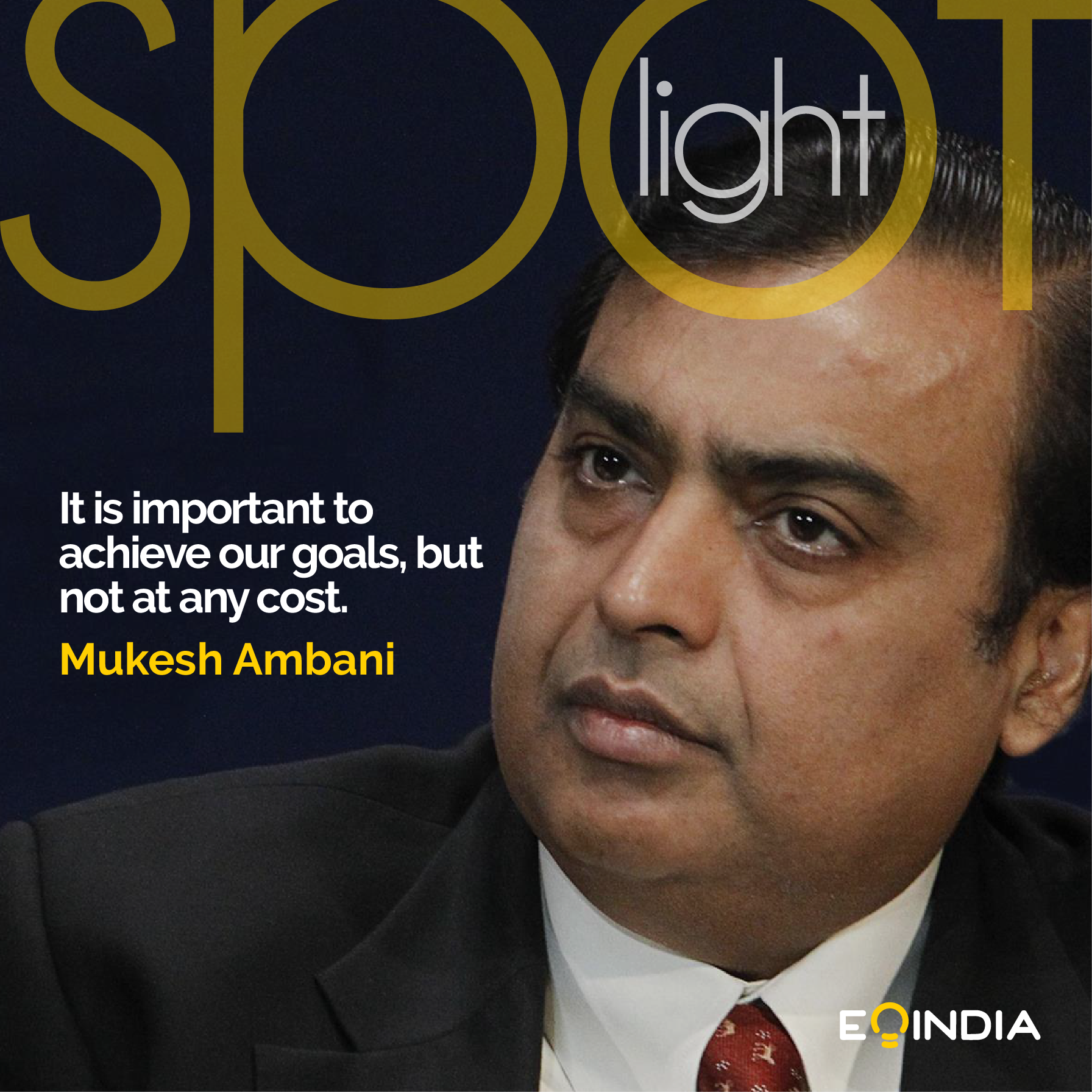 Who is your favourite Indian entrepreneur and why? Do let us know in the comments below!